Lotibima > Tips and Tricks > What Happens when Someone you Blocked Tries to Call or Text your Number? 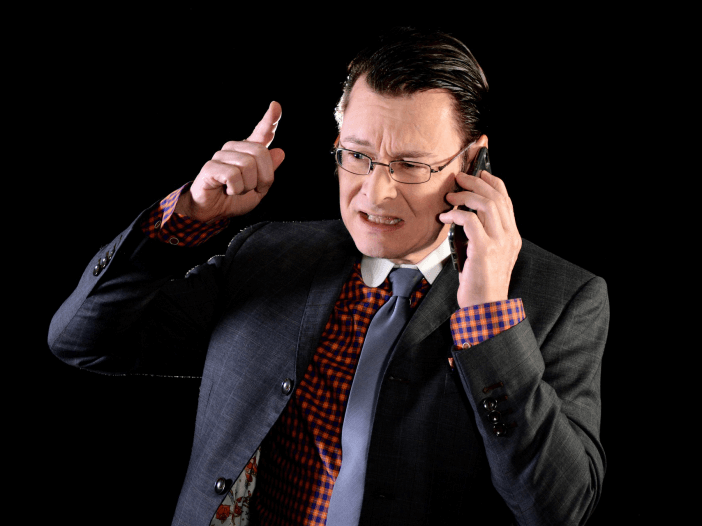 When you block someone’s phone number on iPhone, Android, or any other device, you’ll stop unwanted calls and save a  lot of time. However, have you ever tried to know what actually happens when a blocked number tries to call you?

Do people know that you blocked their numbers? And what about sending text messages, do they still able to text you? And also, what will really happen if a blocked number sends you a voicemail, how do you find it, and can the other end see that he was blocked by you? We’ll answer all these questions in this article, so, keep reading and share this information and tips with your friends, so, they know what they do.

Pro Tip:
Did you know that people could have other second phone numbers you don’t know about? Luckily, there is a way to find them all in a few minutes using this contact finder tool, try it, and add any other contact details to your blocklist.

When they text you, they get these things

If a blocked number tries to send you a text message, the person will never see “delivered” in the majority of the cases, however, they may also see “delivered” for other reasons, but in both cases, the other end (your device) will never receive these messages. So, this is what will happen if a blocked number texts you: he will see the status “sent” but they won’t know if the message was received by you or not, and of course, you’ll never get that message on a cell phone.

Read also:  How to Find out who Calls with a Private Number (No Caller ID)

Keep in mind that all this is only valid for US phone companies, so, if you’re outside the USA, you’ll notice a different thing. For example, when a blocked person sends a text message, it won’t be sent, and there will be no delivery notification and as a result, that number won’t receive the message.

In general, there is no difference between notifications that the caller hears or gets when he calls with iPhone, Android Samsung, or other devices, it’s a carrier-level thing that no one can modify or tweak. Thus, the person will see the same thing on all smartphones like following:

What does the blocked number hear when calling?

Now, on the other side, if someone you blocked tries to call you, he’ll hear a single beep, then, he will be asked to leave a voicemail for you, thus, the person you blocked will never know that you blocked his number. Now, if they used that option and send a voicemail, you’ll not receive a notification saying that someone sent you a voicemail, that being said, you can find that message in a special folder called “blocked messages” in your inbox.

So, here is what happens if your girlfriend, boyfriend, or anyone you blocked calls you:

Read also:  What can Someone Do with your Cell Phone Number?

Again, this may not be the same for other countries, for example, we tested two phone numbers, one blocked and one not, when we tried to call the blocked number, we got the busy number beep. So, it looks like many phone carriers in other countries will enable the busy line beep instead of letting it ring normally.

Unfortunately, that’s not the way it should work, the reason is this, when someone you already blocked calls you, he’ll notice that busy phone number beep all the time, consequently, he’ll conclude that you’ve blocked him. Unlike the above example, which happens in the United States, there will be no voicemail options.

Do people know that you’ve blocked them?

If someone is a spammer and previously called lots of people before getting into your number, chances are, others could have blocked him by applications or directly by adding that contact to the blacklist. Also, they might have tried to find out what happened to that call, and so, they learned how to know if their number was blocked or it’s just a temporary phone carrier level technical issue.

Thus, for someone who uses the phone normally, he won’t see that the other side blocked him. However, in other countries, if the blocked person calls and notices the busy line beeps all the time, then, it will be clear to him that you’ve blocked his number anyway.

With a team of expert writers in different domains, we spend a lot of time doing in-depth research before writing and editing, so, the reader gets the most of our tips and tricks from authors who know how to fix common issues with modern technologies.